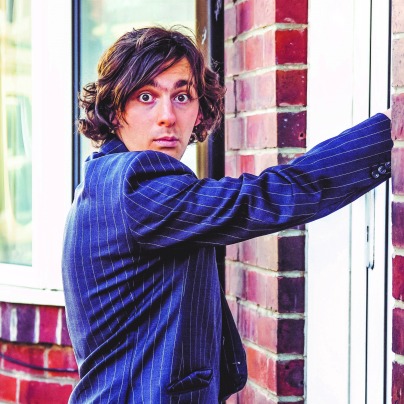 What do you think would happen if you knocked on a stranger’s door and offered to write them a poem?

Aware that poetry isn’t a proper job, Rowan McCabe decided to create his own and became the world’s first Door-to-Door Poet. Knocking on strangers’ doors, he asks what is important to them; he then goes away and writes a poem about this, free of charge, before bringing it back and performing it on their doorstep.

Through this bold and arguably stupid act, he’s trying to prove that anyone can enjoy poetry and that strangers aren’t as scary as they’re made out to be. The project has been featured in the Guardian, on BBC Breakfast and was named ‘Best of Today’ on Radio 4.

Here you can read updates and poems about Rowan’s current journey all around England. You can also learn about the beginnings of the project in the North East, from his visit to the infamous Byker Wall, to his meeting with an imam at a mosque in Fenham; from the most expensive houses in the region, to the location for Channel 4’s controversial show, Benefits Street.

Rowan also performs on stages as well as doorsteps and has appeared at Glastonbury Festival and the Royal Albert Hall. To find out more about him visit www.rowanthepoet.com
–