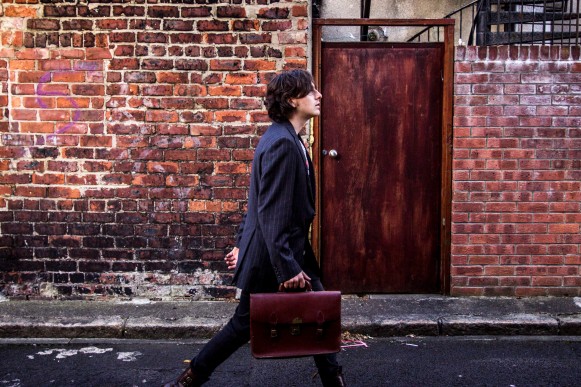 In October 2015 Rowan McCabe became the world’s first Door-to-Door Poet. He started the project in his home town of Heaton, Newcastle upon Tyne. Ignoring the advice of his friends and a local police officer, he then took the project to the Byker Wall, a working class neighbourhood with a bad reputation. Based on the success of this visit, he was invited to become a Tent-to-Tent Poet at Glastonbury Festival in 2016, which was reviewed in the Guardian.

In October of that year, Rowan started an Arts Council funded tour of the concept around the North East. During this time, he visited a mosque in Newcastle and went to Kingston Road in Stockton-on-Tees, the location for Channel 4’s controversial show, Benefits Street. He also knocked in Darras Hall, an area with the most expensive properties in the region and the home of footballer Alan Shearer.

Soon after this, BBC Breakfast broadcast a feature about the project. Rowan then appeared on Radio 5 live, Steve Wright in the Afternoon and was named ‘Best of Today’ on Radio 4. The Breakfast feature was also broadcast by NPR in the US.

In 2016 Rowan created a short film about the project for Channel 4’s Random Acts, directed by Matt Miller. Another short film, ‘When The Poet Knocks’, won a One-Reeler Award for Best Documentary.

In 2017 Rowan was invited to The Hague to deliver a TEDx Talk on his experiences.

He is currently taking the project all around England.