I head over to Andrea’s to drop off her poem about what it means to be a cool girl. I’m feeling pretty confident; I think I’ve done a good job on this one and I reckon she’s going to like it.  I really enjoyed wring this as well, it made me think of all the strong women I’ve known in my life and Andrea’s idea really pushed me to say something that’s been in my head for a long time.

I get to the door but there’s no answer so I leave my ‘Sorry I  Missed You’ poem and number. 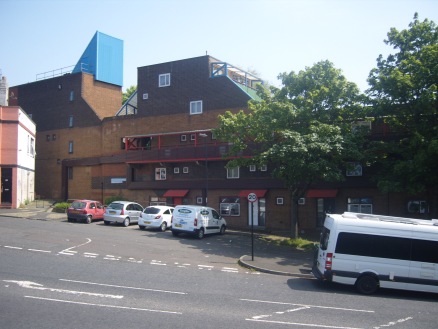 I head out to drop off Andrea’s poem again. I really hope she’s in today. I’ve usually been following a rule of knock once, leave my number, knock again and post the poem through the door. But I’m already considering, if she’s not in, coming back again on Monday. There’s something about this that makes me really want to deliver it in person. I think part of it was how welcoming and trusting Andrea was when she invited me in and how much of her personal life she chose to share with me. I know I’m just a stranger really, but it would be great to see her and know that she’s doing well. It must be really hard to be pregnant and live on your own.

I try the door, no answer. 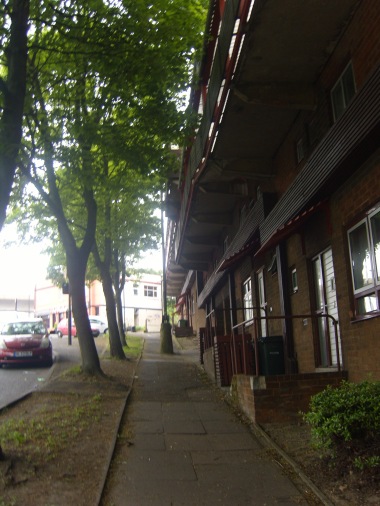 No answer at Andrea’s so I post it through the letterbox. I’m walking home in the rain and, to be honest, I’m really gutted. I’m surprised at how disappointed I am.

I’ve been thinking about when I sat in Andrea’s living room, the way she talked about her decision to keep her baby and raise it on her own, even though the father didn’t want her to. And the way she spoke about this and herself, it gave me the impression that she was kind of ashamed of being a single parent. And I’ve been thinking about how my Mam raised me for so long on her own, till I was about 8. I regret not telling Andrea how brave I think she is. And how she has made the right decision. And how much I respect her for it. It would have been really nice to do that so, if you’re reading this, Andrea, all the best. You’re a very cool girl.

But if there’s one thing I’ve learned from this project so far it’s that things can take you by surprise. Some of the smallest, most insignificant events can escalate into something hugely interesting. And, on the other hand, something you think could be really amazing can turn out to be a bit of an anti-climax. I suppose this is how it goes. And you never know, Andrea might read the poem and really like it. As I was writing it, I wondered what would happen if she was having a girl after all. And if Andrea kept this poem and showed it to her when she was 16. The thought of that makes me smile.